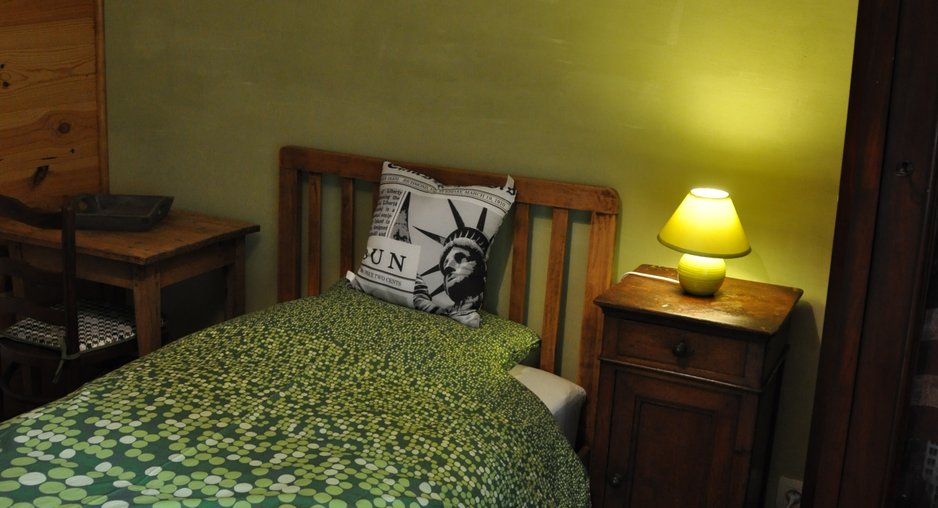 This single occupancy room features a twin bed, a wardrobe, a table, one chair and a luggage rack.

NIGHTLY RATE: €60 and up (breakfast included).

An American general during World War 2, George S. Patton led the Third US Army during the Battle of the Bulge. Born in a military family, he studied in West Point before taking part in the Mexican Expedition and later distinguishing himself during World War 1.

A proponent of an armoured army, Patton led troops in North Africa (1942), Sicily (1943) and finally Normandy (1944). After D-Day he came to the assistance of Bastogne, which was surrounded by German troops (December 1944), then continued into Germany in 1945.

One of the best remembered events in Patton's was the prayer he said before launching the Third US Army's operation that would save the 101st Airborne Division, which was surrounded by German troops in Bastogne: “Almighty and most merciful Father, we humbly beseech Thee, of Thy great goodness, to restrain these immoderate rains with which we have to contend. Grant us fair weather for battle. Graciously harken to us as soldiers who call upon Thee that armed with Thy power, we may advance from victory to victory, and crush the oppression and wickedness of our enemies, and establish Thy justice among men and nations. Amen.”

A colourful and energetic character using offensive and aggressive tactics on the front, Patton was respected by friend and foe alike.